The Russian national team was before the start of the home World Cup an object of ridicule for the fans, but the results of the tournament made the team almost the idols of the nation. The match with the Croats in the quarterfinals, the score 2:2 in the last minutes and a penalty shoot-out, which, unfortunately, did not end in the favor of Russia. Now the team of Cherchesov has to prove that she is strong enough to fight further. In the Nations League the Russians will compete with the teams of Turkey and Sweden. There are a lot of new faces in the team, who didn’t took part in the World Cup this summer.

The Turkish national team didn’t manage to reach the World Cup 2018, but Mircea Lucescu he remained the coach of the team. In the Nations League, Turkey is in the company of Russian and Swedish teams, and fans will wait only for victories. The Turks met each other with Russians not so long ago in a friendly match in Moscow. The game ended in a draw (1: 1), but that time Lucescu could not count on a few key players. The chance to make their debuts for the national team will receive Gekhan Akkan and Merth Mildura.

In the last match the Turks played exactly with the Russian team – before the World Cup 2018. While Stanislav Cherchesov was preparing for the World Cup, Lucescu was looking for the candidates for Euro 2020.

If you would like to try your luck and win, you can find the highest odds and great welcome bonuses on the website of our partners! 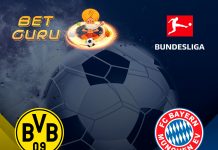 Liverpool – Chelsea! The main match of the coming weekend!