The Norwegian sportswoman Ida Eide was found dead in the commune Ullensaker, where she usually trained.

According to the source, the skier was found unconscious near the ski track by some people passing by.  The athlete was urgently taken to the hospital Ulleval, but by the time of arrival the woman was already dead. She was 30 years old.

“With great sorrow we must inform you of the death of the athlete Ida Eide. The woman died during her workout in Ashame as a result of cardiac arrest. Her family is grateful to everyone, who has supported  them in such a difficult situation, and asks for understanding.”

From 2009 to 2014, the athlete was a member of the Norwegianski racing team and took part in international competitions. She won bronze medal at the Norwegian Junior Championships.

We remind that in July of this year, another Norwegian athlete also  was found dead. The body of Vibeke Skofterud was found near the Jet Ski on the coast of one of the Norwegian Islands. According to police, in the blood of 38-year-old skier was found alcohol. 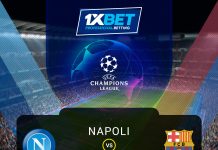