According to Turkish media, FC Galatasaray is actively looking for the clubs, that could buy their midfielders Sofiane Feghouli and Younes Belhanda. Fatih Terim – the head coach of Galatasaray – no longer wants to see them in the team.

According to Fotospor, Feghouli was offered for purchasing  Galatasaray,Olympiacos,  Rennais and Dynamo Kiev.  Belanda was offered to buy 5 football clubs: Nantes, Nice, Eintracht, Stuttgart and Montpellier.

We recall that in the season 2017/2018 the 28-year-old Belhanda took part in three games as a part of Galatasaray. Its transferable value is estimated at seven million euros. Feghouli played  only in two matches, but Transfermarkt assesses him slightly higher – at 7.5 million. 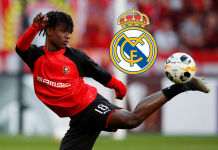 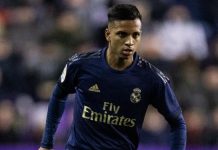 It’s the new Rodrygo: Real Madrid prepares the signing of another jewel